Dr. Greenblatt has written numerous books intended for consumers and health professionals alike that are dedicated to the advancement of current treatment models for psychiatric disorders.

To learn more or explore the full list of titles on nutritionally-oriented and research-supported functional solutions for mental illness, click here. 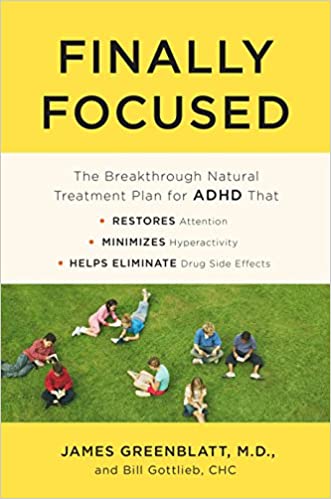 ADHD is not a discipline problem. It is a medical condition with a range of possible underlying causes unique to each child. It is a genetically-caused neurological disorder that can be controlled with medications. However, to really heal, the ADHD child needs individualized treatment to correct the unique biologic imbalances that affect the brain and trigger symptoms.

Written by a leading functional psychiatrist who has treated thousands of ADHD cases, Finally Focused provides a comprehensive solution to the ADHD child’s unique biochemical imbalances. It is the first book to explore, identify, and resolve the real causes of ADHD. Finally Focused offers parents clinically proven solutions that can help children recover from ADHD and thrive. 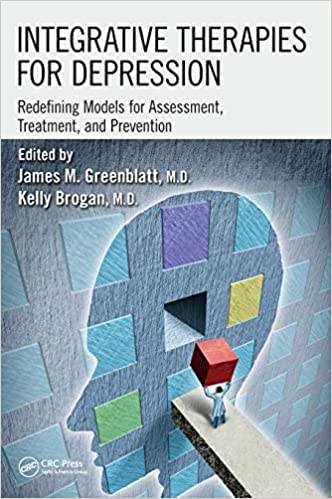 The pervasive use of antidepressant medications has provided mixed results with efficacy of far lower than originally described. Only about 54 percent of depressed patients show substantial clinical improvements when they take their medicines as prescribed, and of those people, two-thirds continue to experience residual symptoms that interfere with their ability to function. The placebo response rate is about 40% and has continued to increase over the years.

Medical professionals used to believe that depression was the result of certain thoughts or triggers, but recent research indicates that depression is rarely due to a single cause. Depression is more likely a combination of biochemical, physical, genetic, and psychological factors. Physicians tend not to assess mental health in terms of nutrition, largely due to inadequate training in nutrition in medical school, according to a study conducted by the National Academy of Sciences. A follow-up survey conducted in 2006 confirmed the notion that physicians lacked the training to understand the importance of nutrition in order to better counsel their patients.

With contributions from more than two dozen experts, this book provides a review of current depression treatment models, scientific evidence supporting integrative medicine approaches, and a summary of additional treatment options to explore. 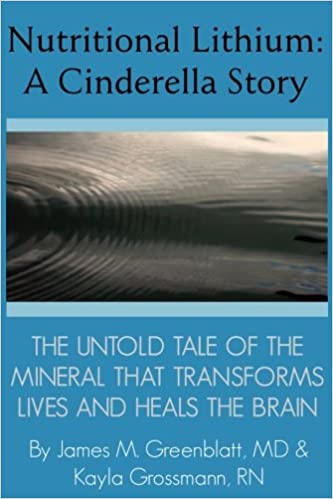 Lithium has been widely prescribed and researched as a mood stabilizing drug, yet it continues to be one of the most misunderstood therapies in medicine. Shrouded in mystery, despite being one of the oldest treatments in psychopharmacology, lithium is neither a synthetic chemical nor a pharmaceutical concoction–rather a natural mineral. Present in trace amounts in food and water, lithium is also an essential micronutrient that is critical for many aspects of human biology.

There is an abundance of research on lithium as a healing supplement for a variety of ailments, including mood disorders, behavioral issues, and cognitive decline. This book provides an overview of these fascinating studies, coupled with clinical evidence of the benefits of low-dose lithium for mental illness. 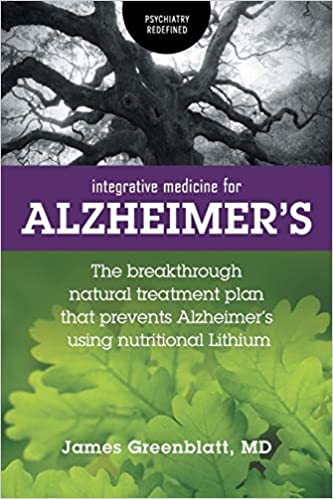 Conventional medicine has failed thus far to develop treatments for this devastating disease. No drug or proprietary medicine has been shown to be effective.

In this groundbreaking book, leading functional psychiatrist Dr. James M. Greenblatt reveals that hope has come from new research showing that the key to Alzheimer’s prevention lies in a functional medicine approach that prioritizes the correction of nutritional imbalances. 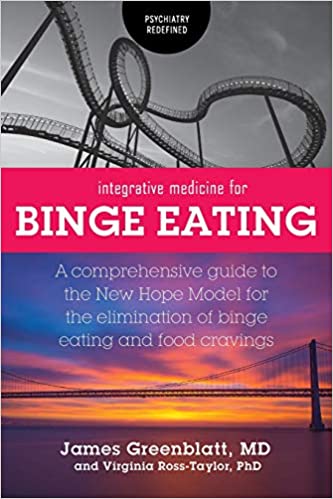 Every year millions of Americans struggle to lose weight, financing a huge and profitable dieting industry. Despite their efforts, two-thirds of American adults remain either obese or overweight. It’s clear that dieting doesn’t work, and failed attempts to lose weight only make a serious situation worse by encouraging disordered eating behavior.

In Integrative Medicine for Binge-Eating, respected psychiatrist and eating disorder expert Dr. James Greenblatt explains how appetite is controlled by the brain’s neurochemical systems. The book’s inspiring “new hope” model combines the best in traditional and complementary approaches for recovery from binge-eating disorder and food addiction. Unlike dieting, which provides only a temporary fix, this book offers a permanent, evidence- and research-based solution to help readers reclaim a healthy relationship with food, and end the vicious cycle of food addiction. 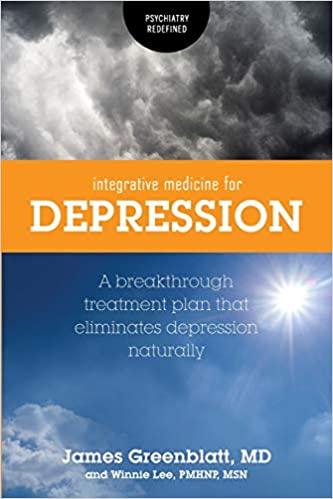 A disease that has long-plagued humankind, depression is debilitating. Despite the frequency with which they’re prescribed, medication along doesn’t always provide relief, and oftentimes, has side effects that limit effectiveness.

There’s new hope for treatment, as powerful scientific evidence suggests that depression can be triggered by biochemical imbalances and nutritional deficiencies. In the updated edition of Integrative Medicine for Depression, Dr. Greenblatt introduces a functional medicine approach for the treatment of depression that honors the unique biological, psychological, and emotional needs of each person.

This book offers fresh new possibilities for those who suffer from depression, and an evidence-based roadmap towards lasting recovery. 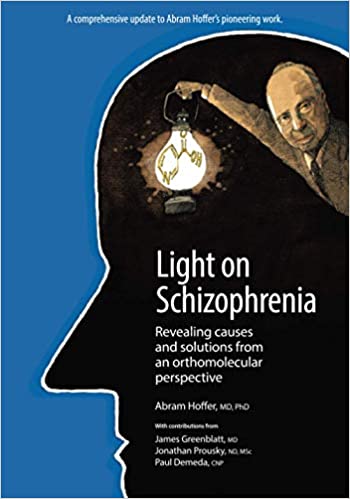 Revealing Causes and Solutions from an Orthomolecular Perspective

It is well documented that nutrient deficiencies and environmental toxins contribute to the emergence of psychiatric disorders. Ignoring this reality means relinquishing the chance to make the lives of people with schizophrenia better. Conventional treatments for schizophrenia are often of limited efficacy and may make things worse. Many patients and caregivers wnat more than just medications; they want to understand why things are the way they are.

Light on Schizophrenia illuminates causes and contributions to schizophrenia from a functional medicine perspective, and offers evidence-based solutions that can help patients achieve meaningful recovery.