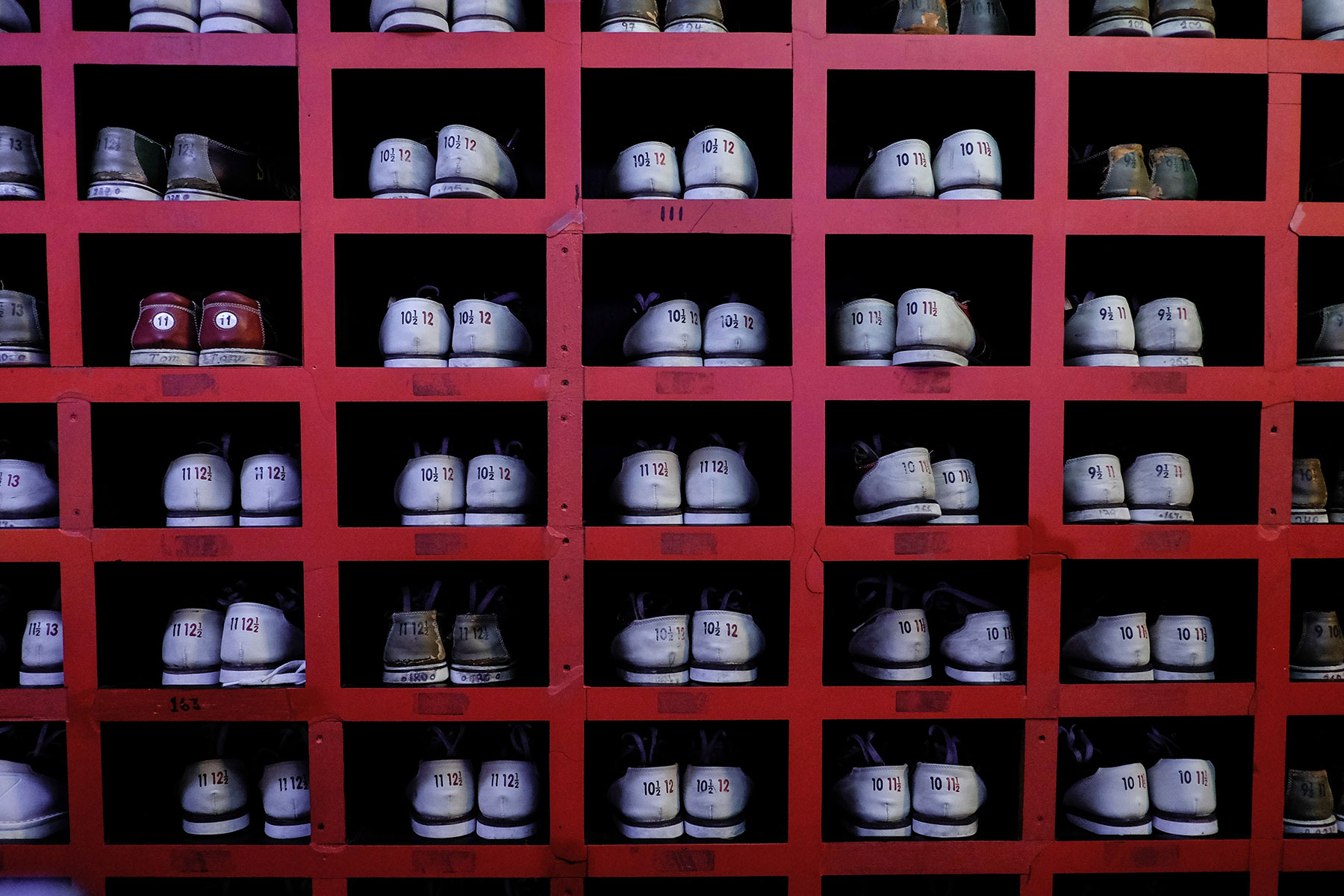 While it is human nature to occasionally ruminate or overanalyze important decisions, these thought patterns normally dissipate quickly freeing us of those fleeting moments of inner turmoil.  However, for those suffering from Obsessive Compulsive Disorder (OCD), letting go of repetitive thoughts is not so effortless.  Relentless ideas, impulses, or images inundate the brain leaving the individual mentally imprisoned to an existence of recurrent, irrational thought patterns.  These senseless obsessions often drive the individual to perform ritualistic behaviors or compulsions, in an effort to temporarily relieve their anxiety.  Sufferers stagger through life with a sense of pure powerlessness against their disorder; fully aware that the behavior is abnormal, yet unable to stop.

Psychotropic medications such as selective serotonin reuptake inhibitors (SSRI’s) and Anafranil and cognitive behavioral therapy are the conventional treatment options for Obsessive Compulsive Disorder. Sadly, the likelihood of complete recovery from OCD has not been shown to exceed 20% and relapse is quite common.  Inadequate treatment and limited biomedical options contribute to the high relapse rate as conventional medicine does not address underlying nutritional deficiencies or the root cause. Though unlikely to be caused by deficiencies alone, addressing vital nutrient depletions is a critical aspect of treating OCD since certain vitamins, minerals, and amino acids significantly impact serotonin neurotransmission.  Specifically, natural therapies including: 5-HTP, niacin (B3), pyridoxal-5-phosphate (B6), folate (5-MTHF), vitamin C, zinc, magnesium, inositol, and taurine are important to serotonin synthesis.  Therefore, the combination of aforementioned nutrients taken in therapeutic dosages should be part of integrative treatment approach for Obsessive Compulsive Disorder.

The fourth most common psychiatric illness in the United States, Obsessive Compulsive Disorder or “OCD” onset typically occurs by adolescence usually between the ages of 10-24, with one third of all cases appearing by age 15. In fact, OCD is said to be more common than asthma and diabetes (Schwartz, 1997). Despite its prevalence, it is often under diagnosed and under treated with more than half of those suffering receiving no treatment at all for their condition.  Gender does not affect susceptibility, as men and women are equally affected by this detrimental disorder.

It is clear that enhancing serotonin neurotransmission through psychotropic medications helps the brain “shift into gear” so to speak.   But what exactly causes this glitch that leads to serotonin deficiency syndrome? A number of factors including genes, diet, stress, neurotoxins, and inflammation are responsible for inadequate serotonin synthesis.  Amino acid availability for neurotransmitter synthesis is dependent upon certain digestive enzymes, and their activation is dependent on hydrochloric acid.  Without sufficient amino acid availability, neurotransmitter synthesis will suffer.  Specifically, availability of the essential amino acid L-tryptophan is required for serotonin production.  Because serotonin synthesis depends on the availability of L-tryptophan and essential cofactors including vitamin B3, folate (5-MTHF), vitamin B6, and zinc, serotonin levels will be less than optimal if any of the required building blocks are deficient.  The process of serotonin synthesis starts when L-tryptophan is converted into 5-hydroxytryptophan with the help of tryptophan hydroxylase (a vitamin B3 dependent enzyme), which requires 5-MTHF.  5-hydroxytryptophan (5-HTP) then converts to serotonin with the aid of decarboxylase, vitamin B6 dependent enzymes, and zinc.

Supplemental 5-hydoxytryptophan (5-HTP) can be beneficial for individuals as it essentially bypasses the need for L-tryptophan availability.  Easily crossing the blood brain barrier, 5-HTP works like a targeted missile directly increasing brain serotonin levels.  It does not require a transport molecule for crossing the blood brain barrier, and unlike L-tryptophan, it is shunted from incorporation into proteins and niacin conversion (Birdsall, 1998).  What’s more, promising research indicates that the therapeutic effect of 5-HTP compared to fluoxetine (Prozac), is actually equal (Jangid et al., 2013). Antidepressant effects are experienced in as little as two weeks with 5-HTP; effectively treating individuals with varying degrees of depression (Jangid et al., 2013).There has been four research studies looking at 5-HTP supplements specifically for OCD. Clinicians around the globe, for more than twenty years, have had success with amino precursors including 5-HTP for the treatment of OCD. I recommend starting all patients with 50 mg of 5-HTP and titrate slowly every 2 weeks up to a maximum of 200 mg per day. Side effects of 5-HTP include nausea, irritability, and possible anxiety.

In addition to the influence of digestive health on serotonin synthesis, absorption of vital minerals specifically zinc and magnesium, are also impacted by Hydrochloric Acid (HCL) availability.  Thus, if HCL and digestive enzyme production is low, mineral deficiencies will likely follow.  This is worth noting because optimal levels of zinc and magnesium are imperative to maintaining healthy serotonin levels, while moderating the activity of glutamate receptors. As stated previously, zinc is an important coenzyme required for decarboxylase activation and the conversion of 5-HTP to serotonin.  Magnesium also plays an essential role, aiding the conversion process of L-tryptophan to serotonin.

In addition to zinc and magnesium, folate plays a critical role in serotonin neurotransmission.  Specifically, the enzyme responsible for converting L-tryptophan to 5-HTP, requires 5-MTHF, also known as “L-Methylfolate.”  Without sufficient folate, L-tryptophan will struggle to convert to 5-HTP.  Research on depression and folate is extensive; hundreds of studies support the relationship between folate and depression.  Thus, it is imperative to consider folate status when treating OCD.   Specifically, low folate levels are associated with increased incidence of depression, poor response to antidepressants, and higher relapse rates.  Because dietary sources of folate are heat labile and easily oxidized (more than 50% is oxidized during food processing) folate malabsorption and deficiency is quite prevalent in our society.  To make matters worse, individuals taking certain medications such as anticonvulsants, oral contraceptives, antacids, antibiotics, and Metaformin are at increased risk of deficiency.

Individuals that possess genetic polymorphisms in the gene coding for the methylenetetrahydrofolate reductase (MTHFR) gene are at high risk for low folate status due to reduced ability to convert folic acid to its active form. Folic acid requires a four step transformation process to be converted to L-methylfolate, where dietary folate requires three steps.  MTHFR polymorphisms reduce efficiency of this transformation process; severely impacting conversion of folic acid to L-methylfolate.  Since L-methylfolate is the active absorbable form of folate that crosses the blood brain barrier for use, inability to properly convert dietary or supplemental folic acid may cause folate deficiency (Lewis et al., 2006).

Inositol has proven particularly effective for SSRI resistant patients as well.  Specifically, OCD patients experiencing lack of response to SSRI’s or clomipramine have been examined.  There are research studies demonstrating dosages of 18/gms of inositol per day was effective in OCD treatment.  Improvement in symptoms had been reported at 6 weeks of treatment with no reported side effects (Fux et al., 1996).  A promising finding, inositol is an effective natural therapy for OCD treatment when taken on its own.  It is particularly helpful to individuals who are unresponsive to conventional SSRI treatment.  However, at this time use of inositol as an augmentation agent to improve SSRI function has not been proven effective (Fux et al., 1999).

Inositol’s effect on treatment resistant patients is likely due to its role in the neurotransmission process.  Operating as a secondary messenger, it enhances the sensitivity of serotonin receptors on the postsynaptic neuron using signal transduction.  Upon binding to its receptor, messages from serotonin are then translated into signals that are expressed through behaviors such as positive mood, relaxation, and reduced obsessions.  Due to its role in serotonin signaling, patients resistant to SSRI treatment may not necessarily have an issue with serotonin synthesis but rather decreased receptor sensitivity.

Controlled trials of inositol have confirmed therapeutic effects in a wide spectrum of psychiatric illnesses generally treated with SSRI’s including: OCD, Major Depressive Disorder, Panic Disorder, and Bulimia.  In particular, children exhibiting OCD symptoms have shown considerable life altering improvements with inositol treatment. For instance, “S.M.” a socially withdrawn, 11 year old child who obsessively feared fire and contamination, transformed into a “completely different child” with inositol treatment.  Similarly, “P.J.”, treated with inositol and 5-HTP, showed significant improvement in OCD symptoms.  A third clinical case, “C.K.” had suffered immensely with severe adverse side effects to Celexa and Prozac including aggressive thoughts of self-harm.  Upon treatment with inositol, no side effects were reported and minimal improvement was even displayed.  Even though research studies suggest 18 grams of Inositol per day, I start all patients with OCD on approximately 3 grams of Inositol per day (1/2 Tsp. 3 times per day).this minimizes GI side effects including bloating and nausea. If needed, Inositol dosages can be titrated up slowly with most patients responding below 12 grams per day.

Improving serotonin production and neurotransmission is integral to boosting serotonin levels and combating symptoms of OCD.  However, preventing over-activity of neurotransmitters should also be considered.  Taurine is an essential amino acid and precursor to GABA, an inhibitory neurotransmitter.  A regulatory agent, GABA helps maintain healthy serotonin levels and reuptake.  Widely known for its calming effect, taurine’s therapeutic use for anxiety and depression treatment has been explored.  In one study, animals fed a high taurine diet for 4 weeks exhibited anti-depressive behavior (Caletti, 2015).  Furthermore, a study on mice indicated a reduction in anxiety where taurine was administered 30 minutes before anxiety tests (Kong et al., 2006).  Though taurine does not directly target serotonin production, it is still worth noting as its inhibitory effect may reduce racing thoughts associated with anxiety disorders such as OCD.

Based on extensive scientific evidence supporting the relationship of aforementioned nutrients to serotonin production, as well as decades of clinical experience, I developed SeroPlus (https://www.nbnus.net/).   SeroPlus is a nutritional supplement to help patients with OCD and depression.   The formula provides serotonin building blocks including therapeutic doses of 5-HTP (direct precursor to serotonin), Inositol, and Taurine in addition to vital cofactors magnesium, vitamin C, pyridoxal-5- phosphate (activated B6), and Metafolin® (activated folate). Inositol elevates sensitization of serotonin receptors while taurine maintains healthy sympathetic nervous system tone and moderates serotonin activity and reuptake.  The formula also includes niacin and zinc picolinate which enhance availability of 5-HTP by reducing the amount of 5-HTP used for activation and absorption of these nutrients.  Synergistically, these ingredients work effectively together to optimize serotonin production and restore healthy serum levels of common deficiencies contributing to abnormalities in serotonin neurotransmission.

As with any psychiatric illness, treating OCD is complex and requires a comprehensive multi-prong approach beyond basic SSRI prescriptions and behavioral therapy.  Although directly enhancing serotonin production through natural therapies such as 5-HTP as well as correcting underlying B3, B6, zinc, magnesium, folate, and inositol deficiencies is at the heart of integrative treatment there are a number of alternative factors that may be contributing to the cause. Low levels of B12, DHA, and vitamin D must be addressed.

A prisoner to their own thoughts, OCD sufferers are frustrated and searching for alternative treatment options.  The complex etiology of OCD includes genetics, inflammation, and the dysfunction of serotonin synthesis.  While SSRI’s may enhance serotonin synthesis, a number of OCD patients do not experience long term results.  Thus, identifying key nutrient depletions and replenishing them through dietary modification and supplementation is essential to increasing chances of long term recovery.