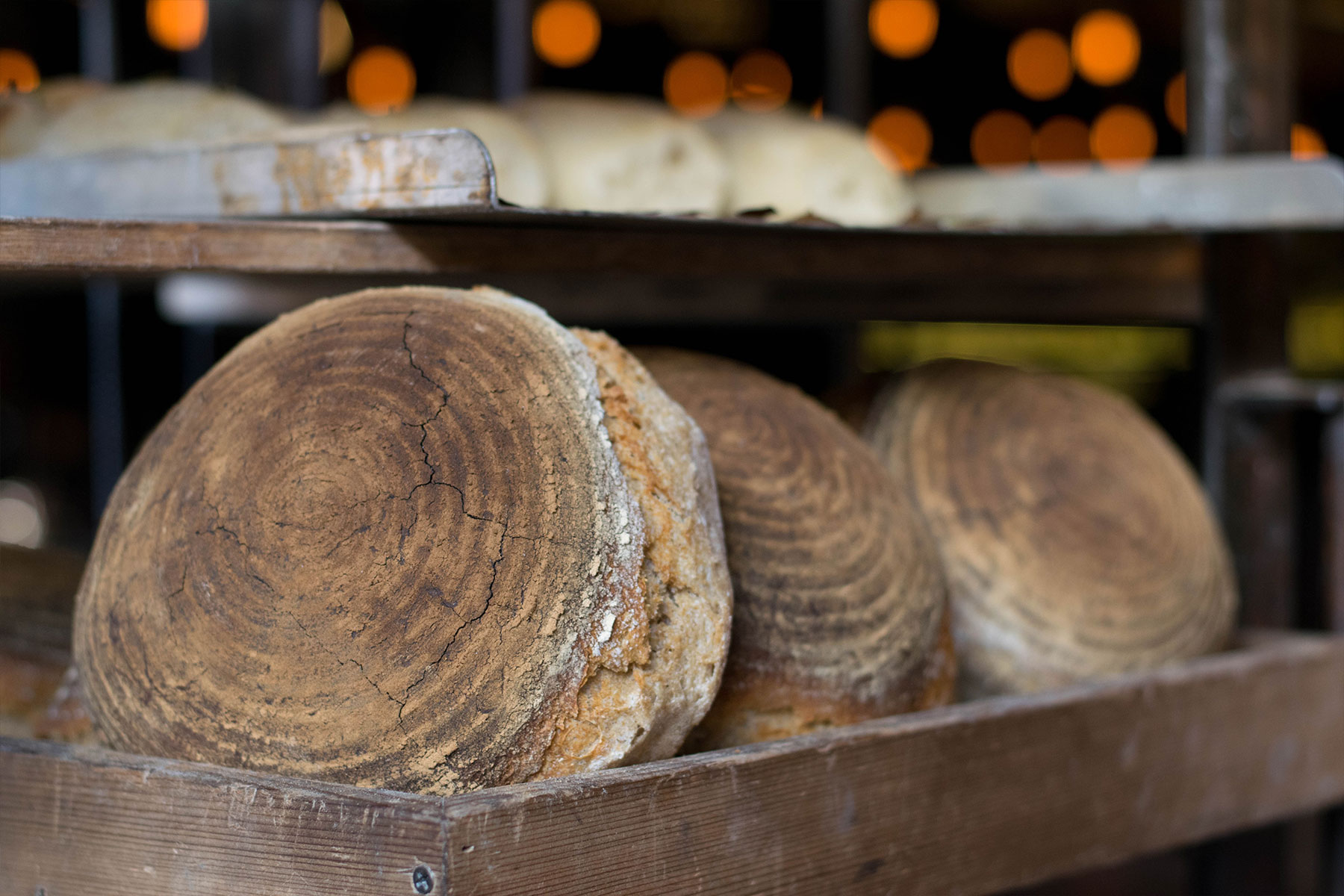 Beyond the Gut: The Relationship Between Gluten, Psychosis, and Schizophrenia

The National Institutes for Mental Health provide a succinct definition for schizophrenia as periods of psychosis characterized by disturbances in thought and perception and disconnections from reality; however, diagnosis is much less straightforward.  Schizophrenia represents a wide illness spectrum with symptomatic features and severity ranging from odd behavior to paranoia.  With a prevalence rate over the past century holding steady at 1% worldwide and immovably poor patient outcomes, schizophrenia delivers profound relational and societal burdens, proving to be a complex clinical challenge and an unyielding epidemiological obstacle.

Gluten as a Trigger for Psychosis

Although the role of food hypersensitivities in disease pathologies is highly controversial in the medical community, many recognize a parallel rise with dietary evolution in modern history.  Major shifts from ancestral diets largely absent of wheat or dairy to one with these as foundational components generate reasonable arguments on their implications for human health.  Industrialized food systems that streamline the way foods are grown, processed, and stored are often charged with altering their very nature down to its most infinitesimal molecules.  Yet, despite their diminutive size, micronutrients from food are essential to the complex processes and interactions that represent optimal health.

Intolerance to gluten represents one of the most prominent food hypersensitivities arising in recent history, delivering profound impacts to both physical and mental health.  As the most severe reaction to gluten, Celiac Disease (CD) affects a growing population of men and women in the United States.  Unfortunately, an estimated 83% of cases remain undiagnosed or wrongly diagnosed with other conditions. Like other autoimmune diseases, CD is a factor of underlying genetic susceptibility combined with environmental pressures.  Sometimes remaining non-symptomatic for years, CD progressively damages the lining of the intestine, eventually presenting with severe gastrointestinal symptoms including gas, bloating, diarrhea, and constipation.  One of the most dangerous consequences is that digestion and absorption become impaired, resulting in malnutrition and increasing requirements for several key nutrients.  Furthermore, chronic, subtle inflammation keeps the immune system on high alert, promoting an environment of oxidative stress in which free radicals wreak havoc throughout the body.  By elevating the body’s overall inflammatory status, CD and other immune-mediated food allergies trigger not only immediately apparent physical symptoms, but also biochemical imbalances that alter brain function.  Notably, data showing that CD is often incorrectly and inconsistently diagnosed suggests that mental symptoms are often misinterpreted or overlooked.

A separate byproduct of gluten metabolism poses another, possibly more dramatic and direct, threat to brain function.  Gliadorphin, a peptide fragment produced through the breakdown of gluten, directly accesses the brain and attaches to opiate receptors.  Neuropeptides including gliadorphin and casomorphin, a structurally similar byproduct of dairy, mimic and interfere with normal neurotransmitter communication, producing significant mental symptoms ranging from fatigue and brain-fog to hallucinations and aggression.  Like the opiate drugs morphine and heroin, food-derived opiates hold strongly addictive properties as they promote reward, sedation, and satiety.  Sensitive individuals are typically marked by excessive cravings and dependence on food sources of gliadorphin and casomorphin, that manifest in difficulties regulating mood and behavior when levels are depleted.  Fortunately, mental health practitioners have begun to recognize the contribution of neuropeptides in many psychiatric conditions.

Like Celiac disease, experts agree that schizophrenia has both genetic and environmental contributors, and evidence even suggests that overlapping genetic risk factors may underlie a shared susceptibility for schizophrenia and Celiac disease.  A 2004 Danish case-control study indicated that individuals with a history of Celiac disease may have a 3x greater risk of developing schizophrenia.  Additionally, short-term immune-related exposures during gestation or early life can have long-term consequences for the brain by inducing permanent DNA modifications.  Maternal or post-natal illnesses and infections have all been linked to a greater risk for psychosis and schizophrenia.  Excessive immune activation during these critical developmental periods can also influence the body’s response to potential food allergens.  From the other direction, schizophrenia and psychosis may invoke unique immune mechanisms influencing an individual’s reactivity to gluten.

Remarkably, the relationship between gluten and psychosis appears to go beyond Celiac disease.  Elevated levels of gliadorphin have consistently been measured in patients with schizophrenia, autism, attention-deficit-hyperactivity disorder, depression, and other psychiatric conditions.  Abnormally low activity of the dipeptidyl peptidase IV (DPP-IV) enzyme, involved in the breakdown of gluten, offers a potential link.  A clinical study in roughly 60 patients with schizophrenia or depression suggested that significant alterations in DPP-IV activity characterized patients with schizophrenia.  The prevalence of elevated gliadorphin and other opiate peptides in psychosis patients has led some researchers to believe that these psychoactive substances carry unique information to the brain that influence disease development.

Without normal breakdown of gliadorphin by DPP-IV, neurotoxic levels accumulate and produce psychoactive effects.  Significant behavioral alterations in animal models given food-based neuropeptides reflect symptoms of psychosis that were reversible by pre-treatment with opiate-blocking drugs.  Human patients with elevated urinary gliadorphin also demonstrate clinical behavioral improvements when gluten and other sources of “dietary morphine” are removed from the diet.  DPP-IV also modulates the activation and proliferation of CD4+ immune cells, providing an additional mechanistic explanation for the excessive inflammation characteristic of both Celiac disease and schizophrenia.  Finally, normal DPP-IV activity depends on adequate zinc and other nutrients, common casualties of poor intestinal function.

A New Approach to Schizophrenia Treatment

Despite evidence-based attempts to address the diverse spectrum of physical and mental impairments associated with schizophrenia, weak progress has been made over the last 100 years.  The rapid, clear clinical responses of antipsychotic drugs introduced in the 1950s and 1960s once appeared to offer miraculous promise to those suffering with psychotic illness.  At least 70 different medications have been developed targeting similar biochemical pathways and are firmly established as first-line therapies.  Modern antipsychotics can be profoundly useful with skillful use in the initial stages of illness, particularly for severe cases.  But it is no secret that these medications are rarely, if ever, totally effective, have no influence on negative or cognitive symptom categories, and bring debilitating side effects requiring further drug interventions.

Normal mental processes require tightly-controlled amounts of B-vitamins, antioxidants, lipids, and many other dietary nutrients as key enzymatic components for neural growth, communication, and protection.  On top of the potentially toxic effects of gluten and its byproducts on some individuals, malabsorptive conditions resulting from food sensitivities or Celiac disease further reduce the bioavailability of these critical nutrients to the brain and exacerbate the biochemical imbalances that drive psychiatric illness.  Resulting from this malnourished state, neurotransmitter dysfunction and miscommunication dramatically alter sensory perception and distort a patient’s experience of reality, manifesting in abnormal behavior and social dysfunction.

Nutritional and other integrative therapies provide the body and brain with optimal and familiar tools for self-healing.  By addressing the origins of symptoms first, medications can be employed as second-tier strategies that support rather than direct treatment.  The treatment paradigm for schizophrenia must be expanded to adopt strategies for early recognition and prevention and incorporate holistic therapies that empower patients to be involved in their recovery.  Long-term dietary changes, including removal of gluten, and nutritional supplements facilitate recovery and promote resilience and self-care.  The integrative care model for mental health care aims not at just the absence of disease, but for healthy minds, bodies, and futures with hope for independence, happiness, and fulfillment.