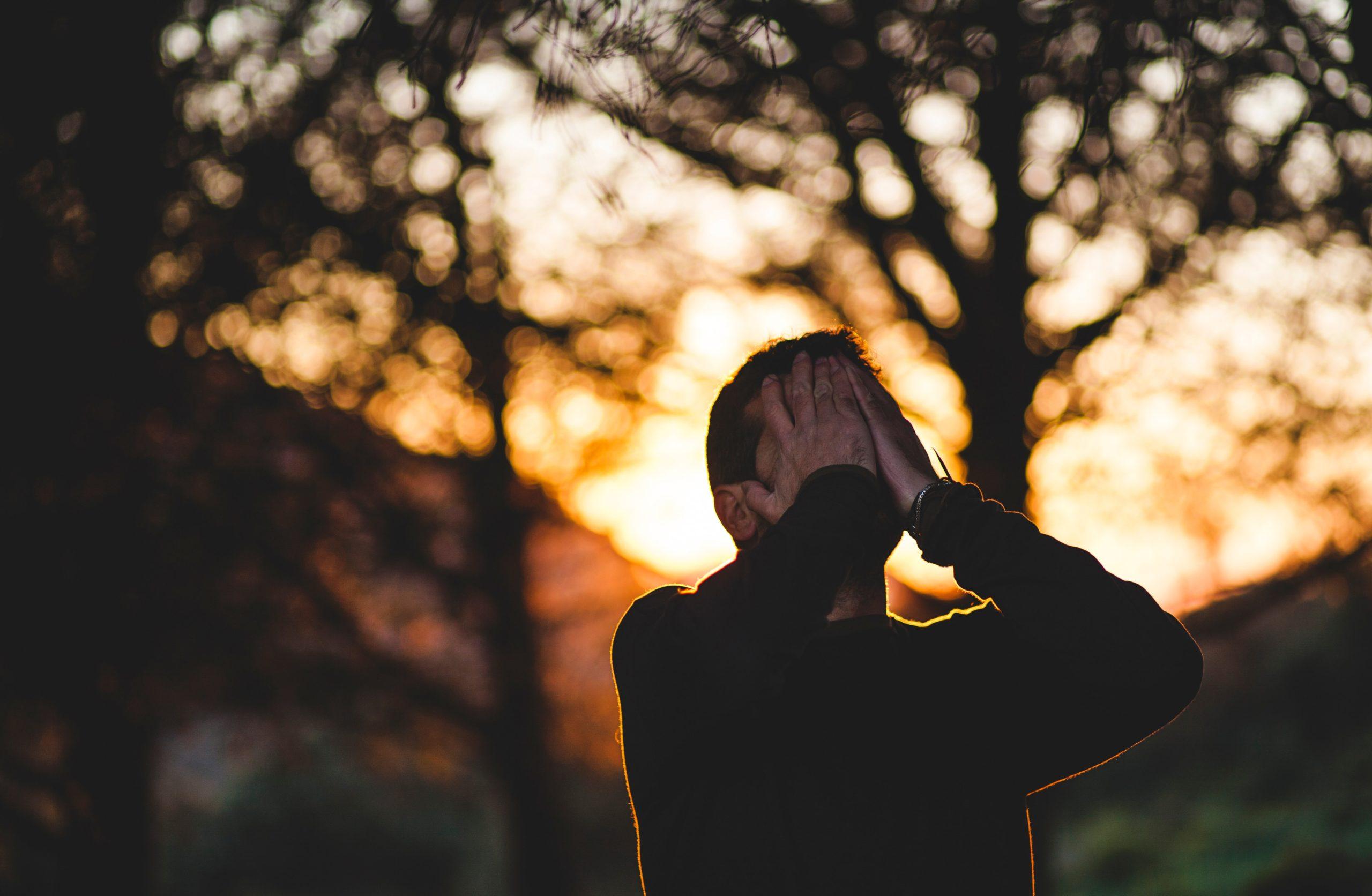 Unfortunately, the state of our collective mental health has been deteriorating. While normal, external stressors are still taking a toll, when combined with a global pandemic, political, and recent social upheavals, the last year has taken a profound toll on the mental health of the world’s population. In particular, stress levels are hitting the younger generation the hardest with one-third stating their mental health is worse than last year and seven out of ten reporting concerning symptoms linked to depression.1

When excessive, stress often becomes a core contributing factor to anxiety. External factors that cause stress can upregulate pathways in the brain that contribute to vigilance, excessive worry, and fear. If the emotional reaction to stress persists even after external stressful circumstances have passed, an anxiety disorder can result.2 Helping to improve stress tolerance and slowing overactive worry and fear circuits in the brain are core components of a functional treatment approach to anxiety disorders.

In my experience, several treatments for anxiety and stress stand out, including vitamin B3, magnesium, and ashwagandha. These treatments can help reduce and resolve anxiety. While other factors may need to be considered, these three supplements combined can often help individuals to reduce their experience of stress and anxiety on a daily basis.

However, continuing research found that giving rats systemic niacin in large doses had very similar effects to diazepam, confirming vitamin B3’s anxiolytic effects.10 One of the clinical uses of benzodiazepines is for reducing seizures. Studies in mice have found similar anti-seizure activity with vitamin B3. Some studies went on to suggest that the anti-seizure effect appears to be mitigated through the same receptor, although with selective dosing differences based on the type of seizure-inducing agent administered.11,12 Further research in Ukraine and Russia continued to find similarities between niacin and benzodiazepines, especially around anti-seizure activity.13,14

Practically, case studies of anxiety disorders have demonstrated that some individuals respond to niacinamide treatment. Several authors have noted significant potential for niacinamide in high doses for relieving anxiety symptoms,17-19 although not all cases were found to respond.20

In my clinical experience, niacinamide (the no-flush version of niacin) benefits a significant subset of patients struggling with anxiety disorders. High doses are needed but have been shown to be safe up to 3000 mg per day and may provide benefits for osteoarthritis as well.21,22

Of all the nutrients, magnesium seems to be one of the most commonly deficient. Research suggests around half of individuals don’t consume enough of the mineral, with deficiencies becoming even more prevalent in the elderly.23 Evidence from paleolithic diets suggest stone age humans consumed four times more magnesium as compared to current consumption levels.24 Further complicating matters, serum magnesium levels are tightly regulated, so serum measurements can be normal in cases of significant deficiency.25

Magnesium is the second most abundant intracellular cation and plays a role in over 300 different enzymes.26 The mineral is critical for muscle relaxation and energy production, with deficits increasing vulnerability to stress.27,28

Magnesium also has an important role as an anti-inflammatory compound. Deficiency can play a role in numerous diseases, including arthritis, heart disease, asthma, hypertension, metabolic syndrome, diabetes, and stroke.30,31

With the far-reaching effects of magnesium, it shouldn’t come as a surprise that magnesium plays a role in mental health. When replete, magnesium helps calm and balance the nervous system. However, it’s worth noting that stress causes depletion of the mineral and increased needs for the nutrient.32-33

Magnesium deficiency has been associated with numerous mental health symptoms, including anxiety, depression, irritability, weakness with lack of energy, agitation, and psychosis.34,35 While research is not robust, it is still strongly suggestive that magnesium supplementation improves depressive symptoms. The majority of studies on magnesium levels in depression have found correlations between deficiency and symptomatology.36 While not all clinical trials have shown benefits for depression, several have found improvements in symptoms with magnesium treatment.37-39

As for anxiety, clinical research is thin, but clinical experience and biochemistry clearly reveal the needs for the mineral. With the well-documented increased needs for magnesium associated with stress, combined with deficiency states contributing to anxiety, the need for magnesium is obvious. Magnesium deficiency in animals has been shown to dysregulate the stress response through the hypothalamus-pituitary-adrenals (HPA) axis, and the authors conclude that this dysregulation is likely relevant in “hyper-emotionality” due to low magnesium intake.40 A recent systematic review found that evidence is suggestive of benefits with magnesium for anxiety, but the quality of research is poor.41

Anyone under increased stress and anxiety will likely benefit with additional magnesium. Supplementation is safe as long as kidney function is intact. For supplementation you want to use better absorbed forms of magnesium, typically amino acid chelates which also decrease gastrointestinal side effects. Dosing between 400-600 mg per day is not unusual. Some benefits occur quickly, while others may be slower as it takes time for intracellular magnesium levels to increase.

Beyond stress, research on ashwagandha for mental health conditions has also yielded positive results. A study on schizophrenia used ashwagandha as an add-on treatment during symptom flares combined with standard antipsychotic medications. Negative symptoms, general symptoms and total symptoms all improved significantly.53 The same group did further analysis of patient results and found improvements in both depression and anxiety levels.54 However, a smaller, earlier study only found benefits for blood sugar and triglycerides but not for schizophrenia symptoms with ashwagandha.55

Obsessive compulsive disorder has also been shown to respond to treatment with ashwagandha. In patients already on medication, the addition of ashwagandha almost halved remaining symptom scores, while the placebo had minimal impact.56

For anxiety, ashwagandha has been shown to yield improvements as well. An early trial in ICD10 anxiety disorders found an 88.2% response rate for ashwagandha and only 50% response with placebo.57 A trial that used ashwagandha as part of a naturopathic protocol for anxiety treatment compared to psychotherapy, deep breathing, and placebo found a 56.5% decrease in anxiety scores as compared to 30.5% in the control group.58 In patients with both anxiety and insomnia, ashwagandha was able to significantly improve both sleep and Hamilton Anxiety Rating scores.59 As an adjunctive treatment in generalized anxiety disorder, ashwagandha was also effective at reducing anxiety symptoms over placebo.60

As an herb with a long history of safe use, ashwagandha has some distinct advantages in treating mental health symptoms. With its ability to improve physiologic responses to stress, many patients can benefit from supplementation. When combined with magnesium and niacinamide, you can typically reduce symptoms of anxiety for the majority of patients.

Stress and anxiety are endemic in today’s society. Unfortunately, standard pharmaceutical treatments don’t address many of the underpinning problems for patients struggling with anxiety symptoms. Patients often continue to suffer, in need of additional treatment. By slowing down brain activity with niacin and maximizing tolerance to stress with magnesium and ashwagandha, patients will typically find their anxiety symptoms improve as their tolerance to stress is restored. Best of all, side effects are minimal with this effective combination.